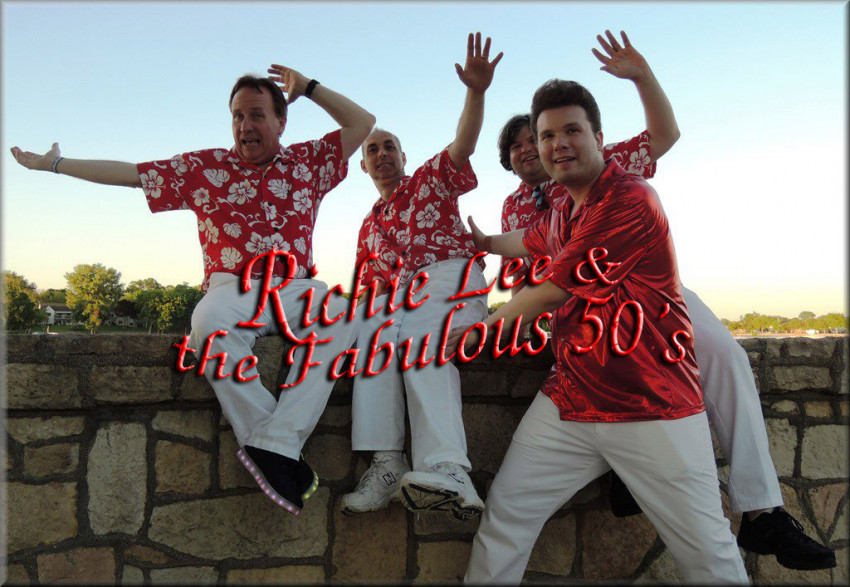 Orange City Arts is excited to host Richie Lee on June 1, 2022. This free concert will kick off the “First Wednesdays” and OnStage season. Richie Lee & the Fabulous 50’s, a rock and roll band from Des Moines, takes its audience back in time to the rock and roll classics. By doing so, they have intentions of bringing dignity and respect back to the genre. The quartet relives songs from Elvis Presley, Ricky Nelson, The Beatles, Buddy Holly and The Beach Boys, all while staying true to the original sound and rhythm of the individual song.

It all started when artist, Richie Lee, sparked an interest in music at a young age. By listening to Buddy Holly’s music on CD’s as a 6 year-old, he immediately was hooked on the sound and liveliness of his music. This passion later resulted in Lee learning to play the guitar and drums, and eventually ending up on stage for live performances.

The inspiration for rock music that Lee had as a child continues to expand through the excitement of his performances. His band, Richie Lee & the Fabulous 50’s, has performed shows all over the country. Sharing these melodies with the various audiences has been a dream come true for Lee and his band members. Lee takes pride in the genre of rock and roll. Through reliving old hits, he hopes to carry on his legacy of it to the younger generation. He says, “I want to bring back this sound for kids so it’s not forgotten. I want them to hear what real rock music sounds like.”

With that said, Richie Lee’s music is for all ages. It re-introduces the culture of old rock music to the younger and brings back favorites for the older. The band will give a free concert beginning at 7:00 P.M. in Windmill Park in Orange City. Additional activities will begin at 5:00 P.M. which will include a variety of food trucks and an exhibit in Stadcentrum with featured artist, Otto Reyna.